From Chicago to Osaka: Screenplay for a Motion Picture

The screenplay is written as a two hour small-to-low budget independent film which highlights the locations and people of Osaka in the same way Ferris Bueller’s Day Off did for Chicago. With a relatively small cast of characters, the logistics of shooting this film should be quite manageable and affordable for any production studio.

LONGLINE:
Suffering from PTSD, a painter heads to Osaka for an upcoming art show where he falls in love with a spirited Japanese woman with an unfaithful fiancé. 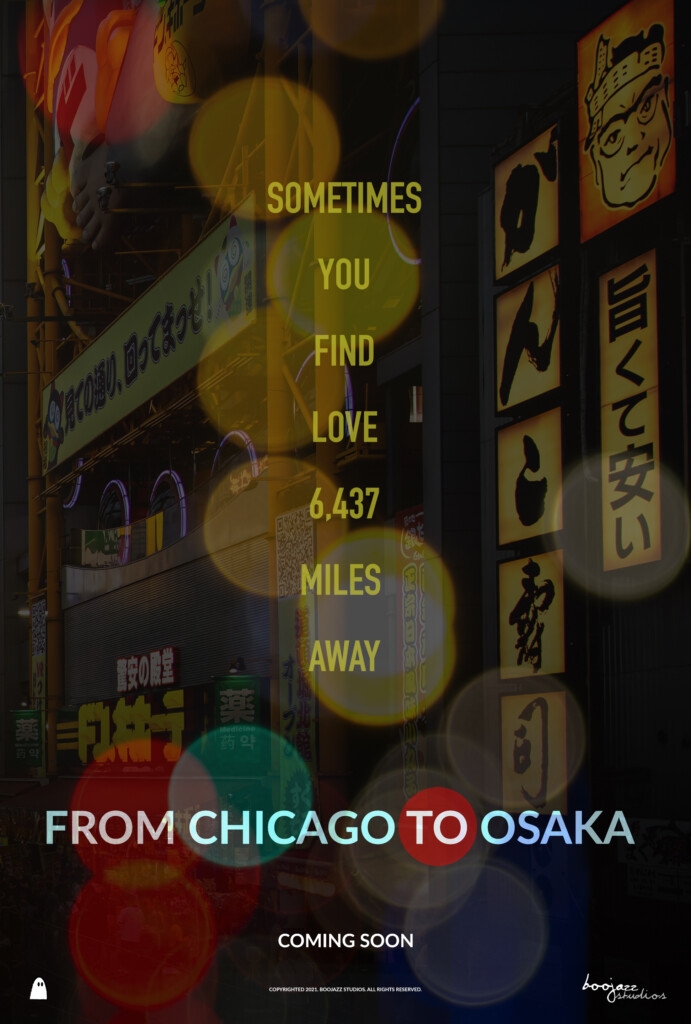 Still traumatized after a mass shooting, Chicago artist and designer Dylan Davis flies to Osaka as one of five guests for an upcoming group art show at the Midori Art Gallery. An old work associate, Skip Mitchell, who’s covering the story for the ad agency Dylan currently works at, tags along for the free ride. Dylan reconnects with an old college buddy, Kaito Kaneda, now a family man, who longs for his more carefree days with Dylan at Northwestern University in Chicago eight years ago. Secretly, Kaneda is working on a plan to get Dylan a job at his Japanese robotics company.

After overhearing a hilariously harsh critique of his paintings, Dylan introduces himself to Haru Nomura, the assistant director at the gallery. Just prior to their introduction, Haru caught her fiancee cheating on her with the female drummer of his struggling rock band. Haru’s aunt, Futaba Fujisawa, owns the gallery.

For the next few days, Haru and Dylan unpack the emotional toll recent events have taken in their lives while visiting many landmarks and tourist destinations in the Osaka region. Dylan has lost faith in his home, Haru has lost faith in her love life.  Together, they just might find the solace they’ve been searching for.

This script has been registered at the Writers Guild of America East.