The Future of Cinema: An Event for Blink Community Tokyo 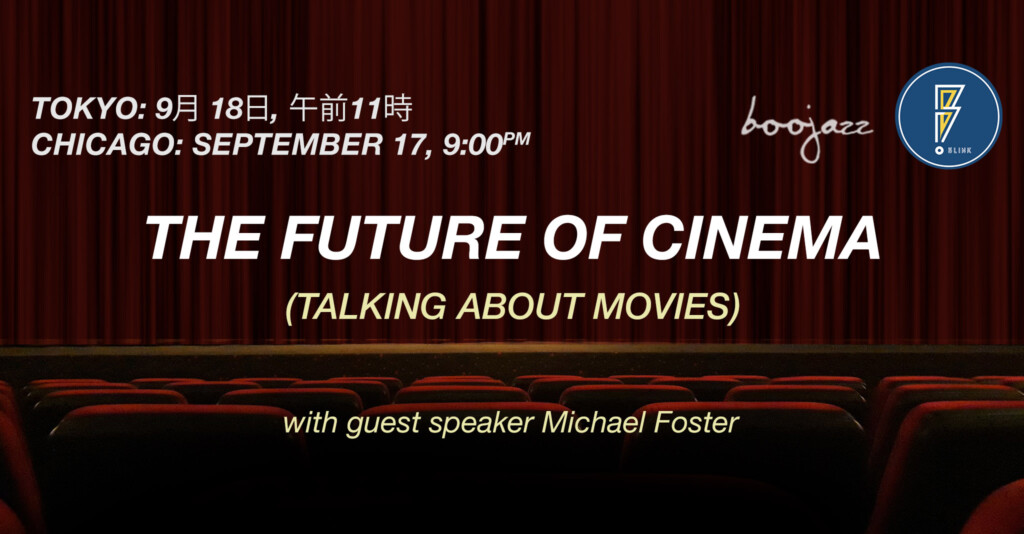 1) Digital technology makes it virtually impossible to compete by simply limiting access to content. That means the only way to be competitive in today’s marketplace is to have the most high-quality content available that people are willing to pay for.

2) Video game and anime adaptations will replace superhero/comic book movies as a driving force for entertainment in the 2020s & 2030s. >> Read more about this process in a hypothetical scenario here.

3) When adapting material from Japan (or other Asian countries), American studios should NOT feel the need to set them in a Western setting and strip out all of the cultural elements that made the property intriguing, magical (and in many ways competitive) in the first place. This is important!

4) Streaming networks should introduce sub-brands or catchy categories to manage viewer expectations better. Hence, if they know they got a sub-par movie on their hands, those can go into separate branded spaces than the much better ones. Otherwise, if viewers see nothing but so-so original movies and shows, they’ll start canceling subscriptions.

5) There’s an opening for movies that rely less on being expensive and more on being clever. Over the last year, studios learned that delaying the release of a film for an extended period is very, very expensive. This means more of a focus on smaller-risk lower to mid-budgeted movies for a while. >> For an example of this type of film, click here.

6) As the resolution gets better and better, on-screen live-action stunts, scares, and shockingly funny cutaways will register far more with the audience because it’s so stunningly accurate.

1) In the 2020s and 2030s, Japanese entertainment has the potential to become fully mainstream in America. Japan has a very high favorability rating. On-location shooting will be more of a value add for audiences. There’s a wealth of anime, manga, and video game material waiting to be adapted.

2) Movie theaters need to start treating their service for what it is, a sanctuary for two or three hours. Don’t gently nudge your customers to please turn off their phones. Make this a selling point. The movie theater is one of the few remaining sources of a communal experience that encourages you to stop everything, unplug and pay attention to something for a couple of hours.

3) As the geopolitical scene is expected to darken, people will want more challenging, innovative and semi-realistic content.

If the resolution is higher (4K/ 48 frames per second), we start to look at the images we see on-screen much more analytically. Instead of seeing an entire movie screen (or giant TV screen) as one complete composition (such as 35mm film), we focus on different areas within the composition itself. Once you kick in that part of the brain, it’s harder to be enraptured by the drama on display.

The Future of Cinema: An Event for Blink Community Tokyo

Here's a Quick Overview The Rundown: 1) Digital technology makes it virtually impossible to compete by simply limiting access to content. That means the only way to [...]

From Chicago to Osaka: Screenplay for a Motion Picture

In the spirit of award-winning indie romantic comedy/dramas from the early 2000's, From Chicago to Osaka is a screenplay written for the modern era. With fast-paced ping pong comedic dialogue in both English and [...]

I Am a Ghost Movie Poster Project

Here's something very exciting I finally feel like I can share! I was commissioned to illustrate a movie poster for an upcoming film called ‘I Am a Ghost,” developed by Tetsuki Ijichi for Rain [...]